HTV (Helsinki Television), the biggest cable TV company in Finland offers its broadband services to more than 285,000 households in Helsinki metropolitan area. Continuously developing broadband and cable technique enables HTV to broaden its service range. During spring 2005 HTV widened its services into telephone services via internet. The next plan is a commercial start of high definition television broadcasts. 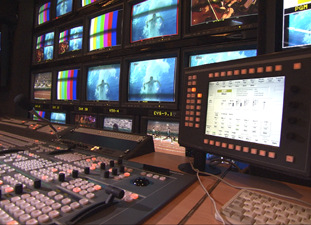 In March 2005, HTV opened Welho Voice telephone service for its broadband customers. Welho Voice utilizes VoIP (Voice over IP) technique, which enables economical and easy communication.
Internet based Welho Voice has a fixed rate for phone calls to other Welho Voice connections. Calls outside HTV broadband network in Finland as well as abroad are offered with reasonable price.
- With our cable network, we now offer our customers all main services for digital communication at home: Digi-TV, broadband internet connections, and telephone services. This means reasonable priced and easy solutions for our customers in one package from one operator, President of HTV Anu Nissinen says.
Unlike the other internet call services, Welho Voice offers its customers also a normal phone number. This number can be reached from all fixed line and mobile phones. Customers can also keep their existing phone number when starting to use Welho phone services.
- To be able to receive or make Welho phone calls, the users do not have to start their computers. Welho phone services can be used either with a normal phone with voice adapter or with a special IP phone. The number dialling is similar from normal phones, Nissinen describes.
HTV is a pioneer in high definition TV broadcasts
HTV continuously develops also its TV services. HTV started high definition television (HDTV) test broadcasts as one of the first cable TV operators in Europe in June 2004. HTV's aim is to begin commercial HDTV broadcasts in Finland during 2005.
HD1, distributed in HTV's cable network, is the first European HDTV channel. Its programme includes concerts, sports, and documents among others. HTV's aim is to also offer its customers other HDTV channels by the end of 2005. Canal+ is planning to launch a HDTV channel in Finland during this year, for example. 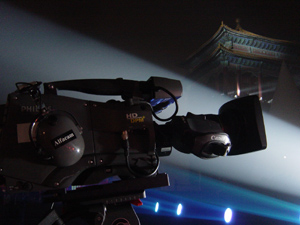 - The lack of suitable adapters prevented us from starting commercial HDTV broadcasts last summer, Kari Ruopsa from HTV says. Now adapters are coming for rental use to HTV's Welho shops. HDTV adapters enable also all normal digital TV broadcasts.
A HDTV picture consists of more pixels than the normal TV picture. The HDTV picture has some five times more pixels than the normal picture. In the United States HDTV's breakthrough has already started. The customers can choose from more than ten HDTV channels. The research company Yankee Group estimates that in the United States some 4.8 million HDTV receivers were sold in 2004.
- The number of LCD screens is increasing rapidly in Finland and this also adds the selection of HDTV compatible screens. We believe that now is a good time to start commercial HDTV broadcasts. The customers are willing to order new high quality TV services, Nissinen concludes.
Pictures: Euro1080/HD-1