On 19 June 2002, the Boards of Directors of SanomaWSOY Corporation and Rautakirja Oyj approved a plan to merge Rautakirja into SanomaWSOY. Rautakirja is a subsidiary of SanomaWSOY since 1999, and the SanomaWSOY Group's holding in Rautakirja before the merger is approximately 57%. Rautakirja has an increasing interest in international operations and the basis of its operations lies in the consumer needs. Its operations include kiosk and convenience retail, press wholesale and distribution, bookshops, movie theatre operations and restaurants, and its core business consists of the distribution, wholesale and retail of press and specialized retail operations. According to SanomaWSOY's and Rautakirja's top management the desire to enhance the internal cooperation in SanomaWSOY Group's international expansion projects was one rationale behind the merger.

"The SanomaWSOY/Rautakirja merger will enable full usage of all the Group's resources in international expansion projects, and simplify Rautakirja's ownership structure. This will give us more flexibility in possible internal reorganisation of our business and restructuring of the Group, while enhancing efficient financing and capital planning", says Hannu Syrjänen, the President of SanomaWSOY and the Chairman of Rautakirja's Board of Directors. 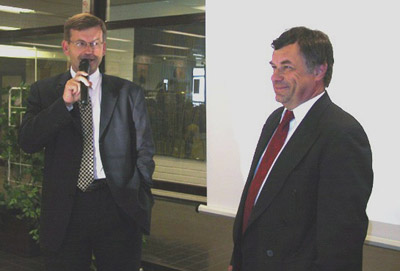 Formation of the SanomaWSOY Group in 1999 as a result of a combination merger created a unique corporate structure where two publicly listed companies belong to the same Group. According to Syrjänen, this has hindered the value development of both Rautakirja and SanomaWSOY. "The two publicly listed companies belonging to the same Group has affected the development of their share prices and also complicated the corporate structure. I'm therefore confident that the merger will improve liquidity, since some of the new shares will probably end up in the stock market", he says.

Syrjänen mentions that the Group had in fact three alternatives in this situation of two publicly listed companies. Divestment of Rautakirja, or maintaining the status quo were, however, not considered as good solutions in the longer term, and redemption of all Rautakirja shares by the Group was seen as the only viable alternative. "With this solution, we want to give the message that distribution is our core business."

"Press distribution has almost spontaneously emerged as our second potential spearhead in internationalisation. In addition to Finland, the Group already has press distribution in the Baltic countries and the Netherlands. The recently initiated cooperation between Lehtipiste and Aldipress could be further strengthened as a result of this arrangement", Syrjänen says.

Operations continue as before

According to Syrjänen, who previously has headed Rautakirja as a President, increasing the holding in Rautakirja to 100% is also an indication of the trust in Rautakirja and its personnel. In the briefing organised for Rautakirja's personnel, all employees took the news about the merger calmly. The merger will have very little impact on the everyday lives of Rautakirja's employees, although for instance their possibilities for job rotation within the Group will improve. 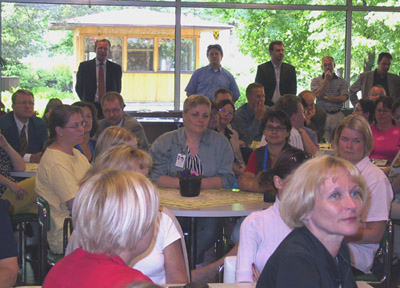 The merger will have no impacts on Rautakirja's existing cooperation agreements with its business partners or the operations of Rautakirja's business units. "The familiar Rautakirja brands will continue operating as before. Openness and fairness towards our personnel and our cooperation partners will be our core principles also in the future", says Erkki Järvinen.

The familiar Rautakirja brands, such as R-kioski, Suomalainen
Kirjakauppa and Lehtipiste among others, will be present
in the everyday lives of the Finnish people also in the future.